I am not an Egyptologist, but I played one as a boy in the late 60s.  Attracted by the art, the mythology and the unsolved mysteries, I spent enough time in the Egyptian collection at the Museum of Fine Arts in Boston to recognize when objects were moved around or rotated off the floor.  One unsolved mystery is the meaning of the emblem symbolizing Seshat, the sexy and mysterious goddess of wisdom, writing and measurement.
I never paid the question much mind as a kid, but recently I stumbled on an image of a Seshat carving sporting what looked like a 5-point cannabis sun leaf; Northern Lights to be exact.  My work with legal cannabis patients and care growers in New England gives me access to such leaves, so I scanned a few and chose point counts to correspond with Seshat emblem silhouettes I made from online photos (see below).
The notion that Seshat is the patron goddess of cannabis is not so far-fetched.  Her symbol is among the oldest hieroglyphs, and although cannabis is not native to North Africa, it would have grown well there—and been available through trade routes.  Indications for use of cannabis and instructions for preparation are in some of the oldest medical texts in existence.[i]

Temple walls depict festive royal spirituals featuring beer, wine, psychoactive concoctions[ii], ceremonial sacrifices, and exotic dancers including the Seshat priestess herself—turning heads in a dazzling leopard-skin number favored by funerary priests.  Lotus buds soaked in wine produced a spiritual effect of such importance that much of their art and architecture was devoted to the flower.

No temples to Seshat have ever been found, and the psychoactive use of cannabis in ancient Egypt is thought to be less well documented—or maybe the truth is all over the walls and we just can’t see it through the haze of drug war propaganda.

Prohibition did not start with the banning of cannabis in the 1930s.  It began many centuries earlier with religious edicts that forbid—on pain of death—the use of psychoactive plants as spiritual sacraments.  The industrial revolution went even further by creating a propaganda campaign that turned the world against natural medicines, and by outlawing plants that could deliver euphoric and/or spiritual sensations.

That’s where Seshat comes in.  We know the ancient Egyptians were intelligent, spiritual, and as a culture, very successful (For the United States to be half as long-lived, our Constitution would have had to date back to the mid-700s AD).  If cannabis was revered in those ancient times the way it is today (mostly in the shadows by people you’d never think…) that’s one more body slam against the crumbling walls of prohibition.

Artistic interpretations and dynastic variations are an excellent measure for eliminating popular guesses.  For example, if the top piece looks like a bow at Luxor and like horns at Karnak, it probably isn't representating either one; the explanation must work across all variations. (Condition 1)

Since the two parts of the emblem never appear separately, the explanation must describe how the images work together to symbolize one concept. (Condition 2)

Seshat was the deification of wisdom; the goddess of writing, astronomy, architecture, and mathematics.  She was an exotic dancer with spirit-realm connections.  In the Coffin Texts, a collection of funerary spells written beginning in the First Intermediate Period (c.2181-c.2055), spell 10 states:  Seshat opens the door of heaven for you. [iii] The explanation for the symbol must reflect the whole of Seshat’s complex character. (Condition 3)

The human embodiment of the goddess was a royal priestess—a smart, creative and powerful top advisor to the king; the keeper of records and chief architect responsible for laying down measurements for royal projects.  The explanation must plausibly reflect the life and duties of an actual Seshat priestess. (Condition 4)

First Inquiry:  What is that star-shaped thing?

It’s not a star because the base of the emblem is often not star-shaped at all.  Same for palm leaves.  As for papyrus, that is the least likely candidate since the hieroglyph for that sacred plant is everywhere and it looks nothing like the Seshat symbol.

[2]
Cannabis hemp leaves have been called a match, but that food and fiber cultivar cannot begin to capture the full color spectrum of this goddess and her earth-bound representative.

Cannabis leaves vary greatly between strains, but point counts of 5, 7 and 9 are common.  Here are three representatives collected at legal grows in New England.[3] 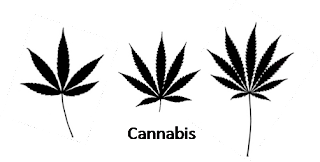 Although the emblem renderings above differ widely in shape and artistic style, cannabis is a perfect match for every image in the set.  This satisfies the first condition of the proof.

Second inquiry:  How does the cannabis leaf work with the image above?

Unlike the leaf, the upper shape is portrayed in a variety of ways.  In the hieroglyph and in the emblem from the Red Chapel of Queen Hatshepsut (B) the top piece appears to be flowing down and around the leaf.  When the top is closed, either with a point (A & F) or a cap (C), the image still seems to be coming down from above, like a falling veil.

Given that the message must be evident in all cases, this wide range of interpretations suggests that the image on top is symbolic rather than physical.  It also suggests that the answer lies in what the designs have in common.

In every carving the upper shape flows down from above and around an image that always looks like a cannabis leaf.  That leaf always rises straight from the crown of Seshat’s head, and always stands at attention under the veil.

The leaf is cannabis, and the veil is the wisdom it bestows.  Taken together the two images represent the source of Seshat’s creative ideas, cosmic intuition and spiritual connection.  This satisfies the second condition.

Third inquiry: Does this explanation reflect the whole of the Seshat mythology?

This might be a hard pill to swallow for nations of people raised to just say no, but nothing about this smart, colorful and spirited multi-tasker is inconsistent with cannabis use.

This ancient truth is reflected in the lives of creative thinkers and people of action like Steve Jobs, John Lennon, and in the words of the late astronomer, mathematician, philosopher and novelist Carl Sagan.  Writing anonymously as Mr. X in the groundbreaking 1969 book Marijuana Reconsidered, Sagan described cannabis as a spiritual conduit for ideas and creative expression:

"I do not consider myself a religious person in the usual sense, but there is a religious aspect to some highs. The heightened sensitivity in all areas gives me a feeling of communion with my surroundings, both animate and inanimate…Many but not all my cannabis trips have somewhere in them a symbolism significant to me…a kind of mandala embossed on the high. Free-associating to this mandala, both visually and as plays on words, has produced a very rich array of insights.”[iv]

People who use cannabis to spark insights and creativity (artists, professionals, clergy, teachers…mostly all in hiding) would agree that the whole of Seshat—the writer, the spiritualist, the dirty dancer, as well as the no-nonsense nail-the-numbers professional getting baked on the job—are all well within the lifestyles and possibilities of people who use cannabis.  This satisfies the third condition.

Final inquiry: Does this explanation relate to real life in ancient Egypt?

Yes.  Cannabis was known as medicine and would have been available to people with resources and trade connections.  The famously fertile delta would have supported local cultivation, and the variety of point configurations in the drawings supports the notion of favored strains.  The notion of a private palace home grow is also consistent with the mythology; Seshat was known as a secretive goddess who preferred the company of royals.[v]  This satisfies the final condition.

This is more than an academic exercise.  Cannabis prohibition is a war of words and images, and until quite recently our government was in total control.  History will record the irony; the very communication system that was being used to broadcast lies about this so-called recreational drug was suddenly the means by which the people could learn and share the truth about what cannabis really is.

As we head into this new century, few things represent the future better than cannabis, an ancient plant that can deliver food, fiber, fuel, medicine, inspiration, and an occasional laugh.  Seshat reminds us that sometimes the best way forward is to look back and learn from the wise ones who came before. 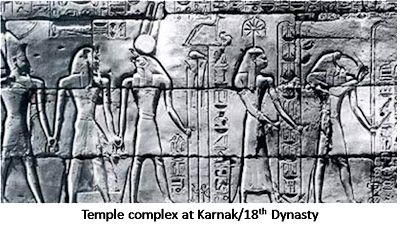 Carl Hedberg is a writer, speaker and medicinal use explorer working with filmmakers to bring the truth about cannabis to the big screen. (see http://www.dailycamera.com/guest-opinions/ci_25298250/lights-camera-cannabis )

From the lecture; Cannabis Rising: Truth and healing on the front lines of the battle to restore our right to choose.  Twitter @cannabisrising 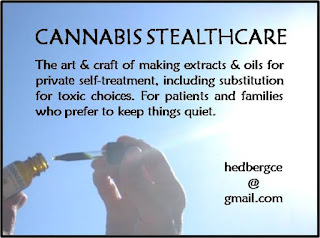 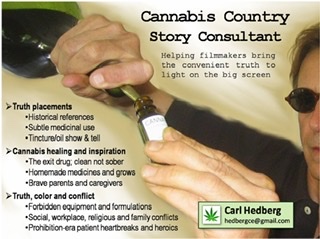 
[i] http://cannabination.com/2011/02/05/anceint-egypt-and-cannabis/
[ii] http://www.entheology.org/edoto/anmviewer.asp?a=65
[iii] http://en.wikipedia.org/wiki/Seshat
[iv] http://marijuana-uses.com/mr-x/
[v] http://en.wikipedia.org/wiki/Seshat's_emblem (Note that the word "sesheta" means hidden things, mysteries, secrets, and through Seshat the Pharaoh was given access to the power of those mysteries).
Posted by Carl at 7:56 PM